Leonid Kulebyakin, the Leader of the Company since 1.08.2006 was designated to the post of the First Deputy General Director – the Managing Director of Zarubezhenergoproekt OJSC.

These modifications were aimed at improving the management of the Company and its affiliates. 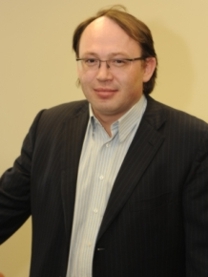 1998 - Graduated from the Russian Federation Government’s National Economy Academy with specialty in Economics and Management of enterprises.


Participated in implementation of the following power plant construction projects: